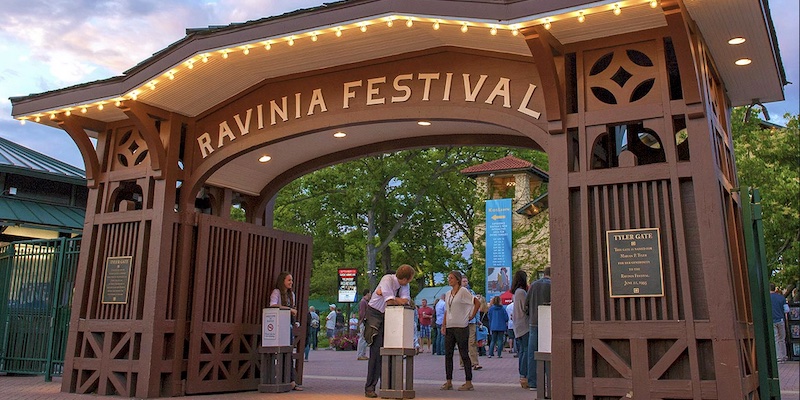 “The Ravinia Festival in Highland Park announced Wednesday it would cancel shows through Sunday in response to the mass shooting at the downtown parade on Monday, saying the closing was out of respect for the community,” writes Doug George in Wednesday’s (7/6) Chicago Tribune. “Concerts affected by the closing include Sheryl Crow with Keb’ Mo’ and Southern Avenue on Thursday night, as well as ‘The Goonies: In Concert’ Wednesday, John Fogerty on Friday night, Michael Franti & Spearhead with Arrested Development in the Pavilion Saturday, and longtime Ravinia headliner Lyle Lovett Sunday. Concerts by Ravinia’s Steans Music Institute Friday and Saturday are also affected.” Ravinia is the summertime home of the Chicago Symphony Orchestra. The Steans Music Institute is Ravinia’s program for young professional pianists and string players, classical singers, and jazz musicians. “The Ravinia Festival grounds are located a little more than two miles south of the Highland Park downtown area, surrounded by residences.” Ravinia’s statement about the decision to cancel or postpone concerts said, in part, “Our shared hope is that the reduced activity—both within the park and in the neighborhoods surrounding Ravinia—will give the community the space and quiet to reflect and heal.”